THE POWER OF AN IMAGE

When ‘Tank Man’ stood his ground on Tiananmen Square in July 1989, he created the most iconic image in post-Mao Chinese history.  An image that sparked sympathy across China, sent shock waves across the globe, and helped persuade Western governments to impose economic sanctions and arms embargoes on the country. In spite of the harsh crackdown and mass arrests that followed, the lao bai xing, or ‘nameless masses’, had had a little moment in the sun. Though one man could never beat the Chinese army, his image could be paralytic.

Nail houses are today’s Tank Men, a new symbol of protest and resistance. 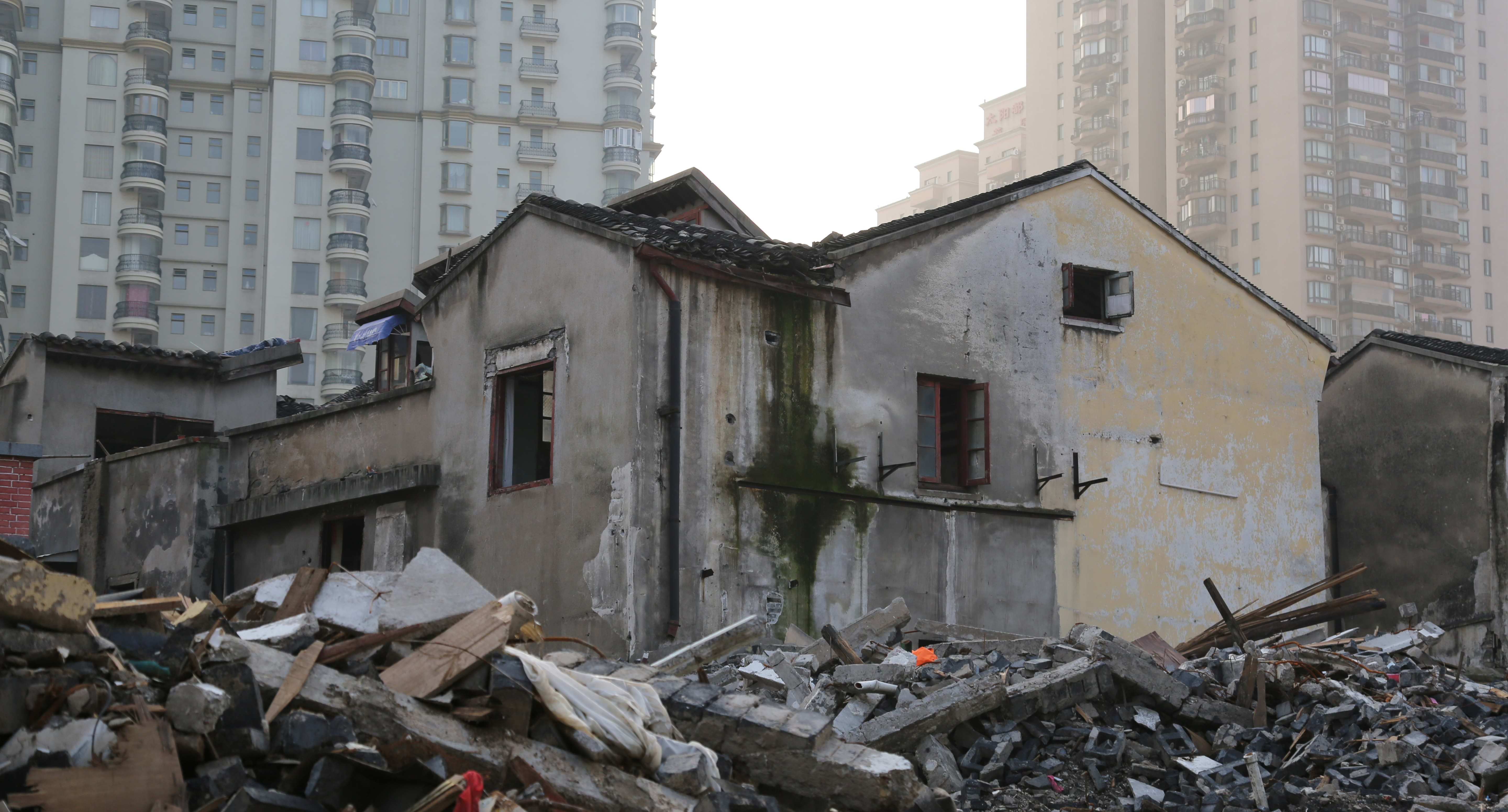 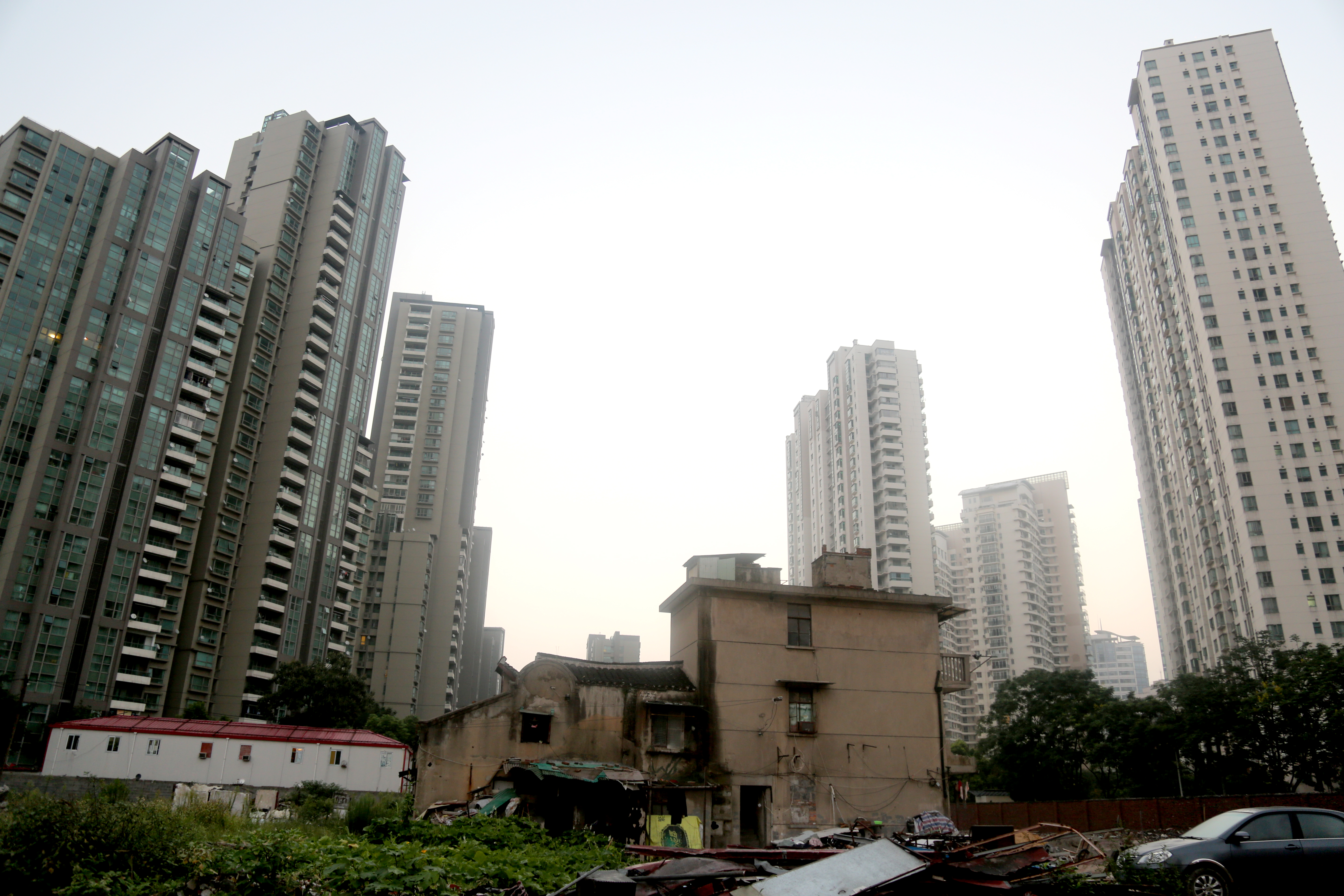 One house will never be able to stop the tide of development sweeping the country, but with China now boasting more internet users than any country on the planet, holdout owners are neither as helpless nor as harmless as they once were. Many of them are working public sympathy to their advantage. 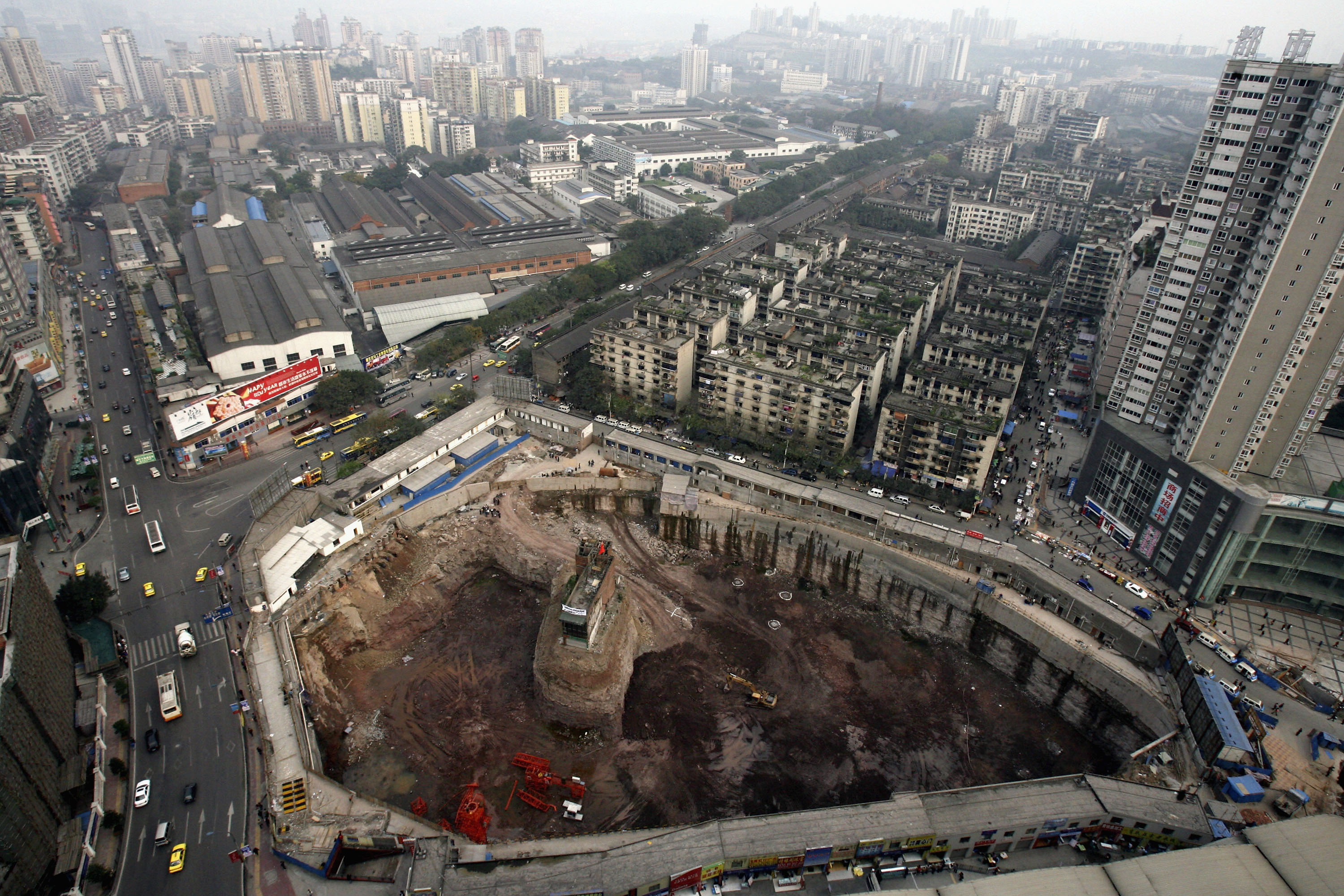 This first became obvious back in 2007, when two Chongqing residents, Wu Ping and her husband Yang Wu, refused a compensation offer for their home and restaurant. When developers razed the block and dug out the land surrounding the house, stunning images began to emerge. Fuelled by defiant interviews from Wu Ping, the story soon became an internet sensation and a rallying point in the fight for private property rights. When they were eventually offered more money for their house, Wu Ping and her husband were lauded as proof that it’s possible to stand up to the authorities. A contributor to the official New China website even wrote, “If there were more such disobedient citizens, we would be closer to a society with rule of law.” Not what the communist party wants to hear. 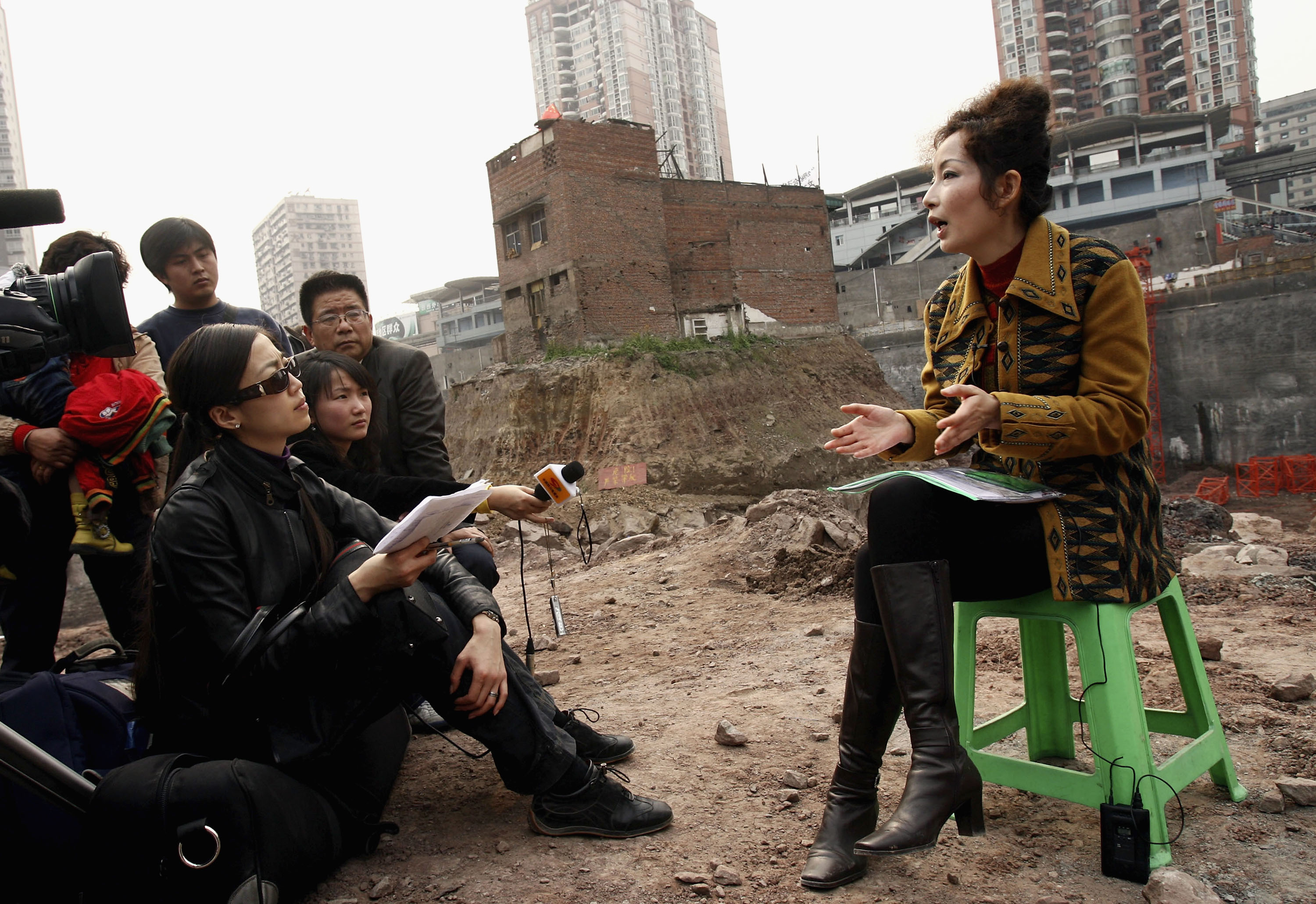 Headline-grabbing nail house owners aren’t just making money. They’ve also, though perhaps inadvertently, made some headway in Chinese land law. In May 2010, following the self-immolation suicide of Tang Fuzhen in Chengdu, the cabinet issued an emergency notice banning aggressive or violent tactics, and requiring developers to pay market-value compensation. Again in September 2011, following more suicides and social unrest, local governments were told to call off demolitions if residents threatened suicide. Laws like these are notoriously difficult to enforce, but this was nonetheless a significant step.

As with other issues such as pollution and food safety, the public are increasingly shaping China’s future. Though the authorities still have the upper hand in land policy, nail houses are a thorn in their side. And in China’s increasingly connected, increasingly critical society, a thorn can do a lot of damage.

SHANGHAI FALLING | In the wake of progress